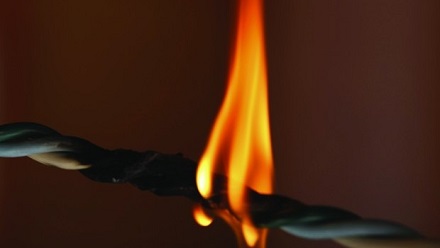 Since various types of polymer were invented and widely used, plastic products have become an indispensable part of modern life. However, most of the plastic consists of flammable hydrocarbons, so the fire resistance of all kinds of plastic products has been one of the concerned features. In response of the need, flame retardant was born as an important polymer additive. Flame retardant can improve the flame resistance of materials to prevent fire, curb the spread of flame, or even self-extinguishing properties to lower the flammability of polymers, to protect people's lives and property. It is the main chemical composition in the plastic products to slow down or stop burning. Currently, in plastic additives category, the consumption of flame retardants is in the second place only by the consumption of plasticizer.

To stop burning, it is necessary to eliminate one or more of three factors in “Fire Triangle”, that is, to stop supplying "oxygen," "fuel," or "heat." The general flame retardants achieve their effect through the above mentions.

80% of "Halogen-containing flame retardant" is bromine (Br) type flame retardant,  such as polybrominated diphenyl ether (PBDE) and polybrominated biphenyl (PBB). The advantage of this flame retardant is low cost, high efficiency and good compatibility with other materials. The way to achieve flame-retardant effect is through the capture of hydrogen / hydroxyl radicals by halogen free radicals, which can lower the flame temperature. However, the European Union’s regulation, RoHS,  has banned the use of halogen-containing flame retardant since 2006 because of the corrosive gases and brominated dioxin / fumaric bromide (PBDD / PBDF) that are harmful to the environment and human body. 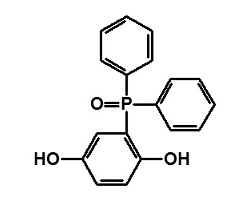 Euphos® DPPQ is a Non-Halogen reactive flame retardants for Epoxy resins and polymers with superior heat and hydrolysis resistance, which can be used in PCB, semiconductor encapsulation and engineering plastics. 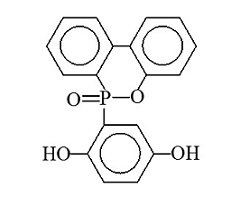 HCA-HQ serves as stabilizers and flame retardant for polymers. It also can be copolymerized in epoxy, polyester, polyurethane resins to exhibit superior stabilization effectiveness and flame retardant effectiveness with resistance to solvent extraction, volatility and blooming. The application field are Epoxy resin for PCB, encapsulation for semi-conductors, LED .It can meet ROHS requirement also.